Investigating a deadout - Why did my colony die? 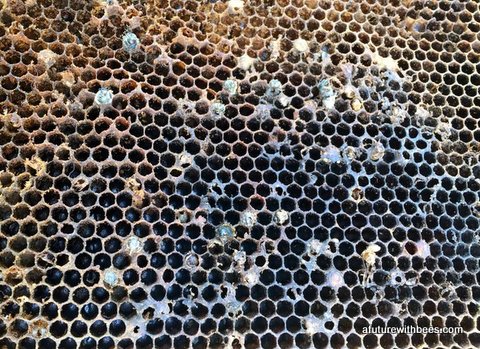 This is a common question that is very hard to answer. We recently found a deadout and filmed our investigation.

Meghan Milbrath,  wrote an excellent article that goes well with this video,  Learning to identify a common cause of winter death in Northern Climates:

"Beekeepers in northern climates have already lost a lot of colonies this winter. While official counts won’t be recorded for a few months, some trends are starting to emerge. One of these trends is a specific type of colony death. In Michigan, I’ve received so many calls describing the scenario below, that I can describe the deadout before opening the hive, or before the beekeeper describes it over the phone. While I may impress some with these predictive powers, the frequency of these types of losses indicates a real epidemic that is affecting honey bee colonies in northern states."