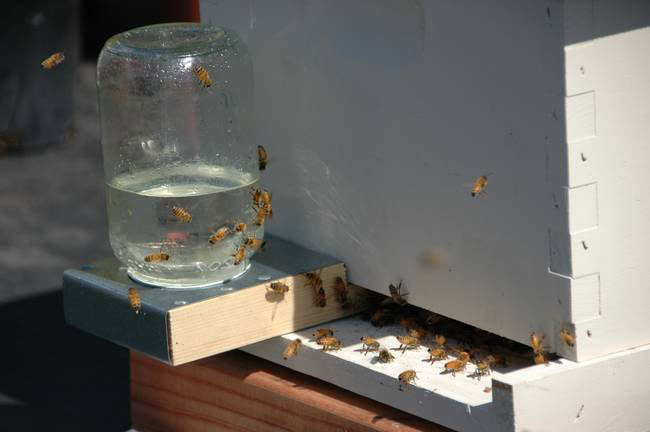 The internet has been abuzz with questions about fall feeding; “when should I do it?” “How much?” “What method should I use?” . The questions they should be asking is “Should I even be doing it at all? Is it necessary?”

It is an important topic and too often misunderstood. Most of our beekeeping practices are copied from commercial operations whose goals, timelines and management practices are markedly different from the average backyard or sideliner beekeeper. Commercial operators need to artificially boost colonies so they can be sent to pollinate almonds in California in February. February, a month when most of our hives are just coming out of their winter cluster. For us, it would be a disaster to have colonies in the shape the commercial guys do. So for us, the management is different. Fall feeding usually causes us problems instead of solving them.

This year has been a really good one in this area and most hives are bursting with honey so there is very little need to feed. Supplemental feeding often causes problems; robbing, brood nest congestion, fall swarms and queen-less hives. Don’t do it unless necessary. A colony of bees should be able to make and store enough honey and pollen to survive winter on its own. If it can’t, something is wrong. 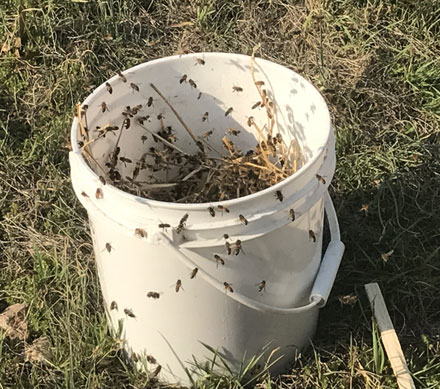 Those hives that need feeding should be carefully evaluated. What caused them to perform so poorly? Can that cause be remedied? If not, mark that colony to be re-queened next spring with a queen from a good genetic linage. Most of the time, feeding will not cause a poor performing colony to “magically get better”. Ample food is usually not the problem, so giving them more food than they can eat will not solve the problem. Address the true cause and you will see real results.

Hopefully, poor performers were re-queened months ago when queens were available. It is probably too late to fix it now. Unfortunately, there are always a few who fail late in the season and we have to deal with as best as we can with limited options.

We only feed those few colonies that need additional stores to survive the winter. We don't feed all colonies in the fall. As a matter of fact, most colonies never need supplemental feeding after the first spring when they are established (unless it has been a really bad year). If a colony has the equivalent of 8 deep frames worth of honey and pollen, or a full super of honey, it has enough to last through the winter. Giving them extra food will not increase their chance for survival. If fact, it is likely to do the opposite because they will pack the brood nest full and then swarm in the fall. Fall swarms usually doom both the parent hive, which will not be able to raise a viable queen, and the swarm who will not have enough time to establish new comb and provision it for the winter.

So be careful, please, about feeding in the fall “just because”. Carefully evaluate each colony and choose who, if any, needs emergency feeding.