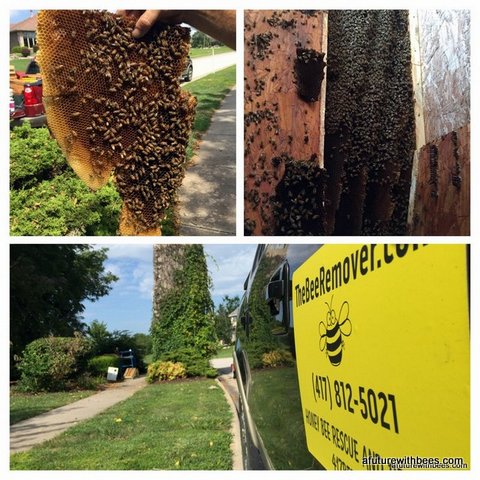 The board at the Millwood Golf & Rackett Club had some complaints about honey bees in the decorative towers. They wanted to save the bees so Jeff and I did the rescue. Since there were three colonies in the tower it took us three days to safely remove all of the bees. Enjoy the video and image galleries below.

We were able to find the queen in two of the colonies and save her but the other one she escaped. The colonies were so big we were able to start seven colonies out of the three feral colonies. The good news was the first colony which produced two colonies each were able to reproduce their own queens. This is important since we want to save the genetics of these feral bees and after they go through our testing program they will join our breeder hives.