Quick post on an unusual swarm. On a swarm call the other day, on arrival I noticed a dead queen on the cross bar of the fence and thought "uh oh what's going on here". Then I realized it was a secondary swarm with several virgins in it. Pretty large for a secondary swarm. Found at least one other virgin in the swarm as I hived it. First time I've actually seen virgins killing each other in a swarm. Not the first time I've seen multiple virgins in a swarm though. 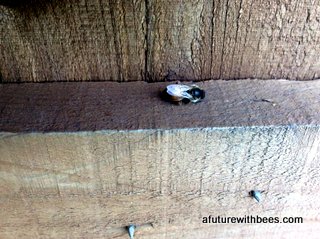 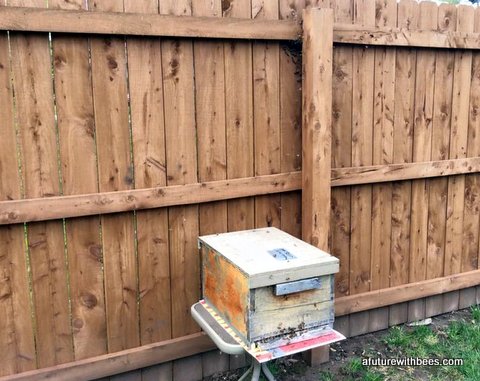